The ensemble, called the Balkania Orchestra, was formed in 2009 for the recording of the album, Balkania After the Rain. It continues to be active, providing live performances of the music. Their work is contributing in a new way to the rich diversity of cross-cultural musical collaborations and exciting creative work occurring in Canada today. Since the recording was made, a few of the original members have been replaced by local artists. The ensemble consists of eleven members. They are:

Composer, performer, and teacher, Anton Apostolov has been playing professionally for over fifteen years in a variety of musical contexts. He is a member of SOCAN and has composed original works for guitar, as well as world music compositions that fuse elements of Bulgarian folk music, flamenco, Latin music, and jazz. Anton began playing the tambura and guitar in Bulgaria at the age of six. After studying classical guitar, he performed as a soloist with the orchestra Pirinski Zvutzi in Blagoevrad. Later he became a member of the Valeri Dimchev Trio where his many performances and recordings blended traditional Bulgarian folk music with modern and classical music styles. In 1995, Anton settled in Atlantic City, New Jersey where he taught guitar, performed regularly as a solo guitarist, and became a member of the American Federation of Musicians. A Toronto resident since 1998, Anton composes, performs and teaches classical, folk, rock, and jazz guitar in the Greater Toronto Area. His students have won top prizes at the Kiwanis Music Festival in Toronto. Anton was recently awarded two Canada Council grants for both writing and recording original compositions that drew from his Bulgarian roots and other forms of world music.

Ahmet “Ihvani” Ilçi was born in 1979 in the town of Suşehri, Sivas Province, Turkey. Ihvani began playing the bağlama in the 1980s, and learning the art of the Alevi minstrel – aşık – from role models such as aşık Feyzullah Çınar and aşık Daimi. In Istanbul (1989) he studied solfège and bağlama performance practice at Yavuz Top’s music studio, worked at the Fırtına Music Studio making folk lutes for two years. He continued to broaden his knowledge of bağlama repertoire and performance techniques, and music theory within and outside of Turkey. He performed on radio and television as well as accompanying artists in concert venues. A resident of Toronto since 1998, he has been active as a performer and minstrel (asik) and his current output reflects his roots. In his recent album, Işk İle (With Love), the works are sung in both Kurdish and Turkish, imparting the flavour of the Koçgiri tribe where Kurdish culture is so prominent.

Born in Poland in 1978, Jacek Karlowski came to Canada in 1990 where he studied fine arts at the Ontario College of Art and Design, and jazz guitar at Humber College. He has performed at numerous jazz festivals including the International Havana Jazz Festival and the Toronto Downtown jazz Festival. He has performed with such notable Toronto artists as Richard Underhill and Amanda Martinez and can be seen monthly playing with the Latin jazz quartet, Max Senitt Y Sus Amigos.

Hasheel Lodhia is 22 years old, from Richmond Hill, Ontario and currently in third-year Science at McMaster University. He learned the basics of East Indian Classical vocal music at age five under the guidance of his parents. Since nine, he has been training under Shri Narendra Dattar. In 2001 he began playing the bansuri under the guidance of Jitendra Sharma at Vishnu Mandir, and the Western flute at school. Excelling in the field of Western music, he started composing and writing his own orchestral music at thirteen. After graduating from high school he lived in India, studying vocal music under Shri Padmaja Joglekar and bansuri under the legendary Pandit Hariprasad Chaurasia. Hasheel is active in the Vishnu Mandir Community, performing at temple services, on television, and has been interviewed on Asian Television Network and radio.

At 22 years-old, Derek Gray has established himself as an up-and-coming drummer and percussionist on the Canadian music scene. Having recently completed a Bachelor of Contemporary Music Degree at HumberCollege where he studied with Mark Kelso, Derek played drums in the school’s flagship ensemble, the Humber Studio Jazz Ensemble, directed by Denny Christianson. As a member of this ensemble, Derek performed with legendary bassist Dave Holland in March 2011. In Toronto, Derek works extensively as a bandleader, composer, and sideman performing regularly with a variety of projects, including Gray Matter, Tesseract, and “niiic”.

Naghmeh Farahmand was born in 1980 in Iran,Tehran coming from a musical family and being the daughter of one of the leading persian percussion masters of Iran Mahmoud Farahmand.Beside learning the rhythmic patterns of Persian traditional music from her father she studied Kurdish rhythms on daf with Bijan Kamkar and santour with Faramarz Payvar and Pashang Kamkar. Naghmeh has performed in many festivals in Iran and other countries such az Jordan, Germany, Switzerland, Japan, France,Italy,Kuwait,Austria,London and Canada.  Naghmeh is the founder of Sharghi percussion ensemble and has composed many percussion pieces while collaborating with Iran’s national TV in recording numerous pieces and live performances for a decade.she is also skillful in playing other percussions such as dayereh,darbuka,kanjira,cajon udu and drumset.

An ethnomusicologist, singer and instrumentalist, Irene Markoff’s performing activities center on the musical traditions of Bulgaria, Turkey, and the Balkans. Irene’s Bulgarian heritage and early involvement in Bulgarian traditional music and dance led her to pursue graduate studies in ethnomusicology in Bulgaria while doctoral research took her to Turkey where she researched and mastered the bağlama (folk lute) as well as traditional vocal repertoire. Irene currently teaches music at York University in Toronto where she directs a Balkan Music Ensemble and offers private instruction in Balkan and Turkish vocal styles and Turkish bağlama. Irene has conducted workshops, given solo recitals, and performed with and directed Bulgarian (Zornitsa and Balkan Connection), Turkish (Dostlar and Ezgi), and Balkan ensembles (Ružice and Radost) in Canada and the U.S. as well as Turkey. She is often invited to give lecture/performances of Turkish music in the U.S. and more recently has been actively performing with the Balkania Orchestra under the directorship of Anton Apostolov. Her ensemble frequently performs for functions outside of the university and her group Balkan Connection was awarded a Canada Council for the Arts grant in 1998 to perform at a Showcase for Culturally Diverse and First People’s Music in Toronto.

Toronto-based musician, Sebastian Shinwell specializes in bass and guitar. He is a multi-instrumentalist who plays in a variety of genres. A recent graduate of York University’s Bachelors of Fine Arts Program, Sebastian spends his time composing for screen, performing with a variety of ensembles, and privately teaching music.  Recent projects include: keyboardist in Flux, an 8-bit metal band; guitar player and songwriter for Bells, a tribal indie rock group; playing bass in Ahmet Ihvani’s Turkish Ensemble; playing with Anton Apsotolov’s Balkania Orchestra; and scoring and recording music for a mini-documentary, Women in Comics.

Student at the University of Western Ontario she has been performing a variety of different languages and genres since childhood on various stages in North America and the Caribbean. Jonita was featured in the Ontario segment music video at the 2011 International Indian Film Academy Awards held on June 25 in Toronto also she          won the title of Asian Idol at the University of Western Ontario. Finalist for “Iamnextsuperstar” competition held in New Jersey in March 2011 – judged by renowned Bollywood musical artists Sonu Nigam and Suresh Waadekar.

Originally from Nova Scotia, Mike Wark is a saxophonist and multi-instrumentalist. He moved to Toronto where he received his Bachelor of Music and Diploma in Jazz Studies from Humber College.  He has studied with Canadian and international saxophone greats, like Pat LaBarbera, Kirk MacDonald, Kelly Jefferson, and former TSO flautist, Virginia Markson.  While at Humber he received awards for performance, arranging/composition, jazz pedagogy, and had opportunities to perform with musicians such as Randy Brecker, Hilario Duran, Steve Gadd, and Dave Liebman.  A versatile musician, Mike has worked with Nova Sinfonia, Luis Mario Ochoa and Cimarron, Nick “Brownman” Ali, Toronto Jazz Orchestra, NOJO, Alejandro Escovedo, Cafe Ole, and assorted orchestras throughout the GTA. His work can be heard on Jazz FM, CBC Radio, on various Canadian television networks. He continues to teach, compose, and perform with various groups in Toronto. 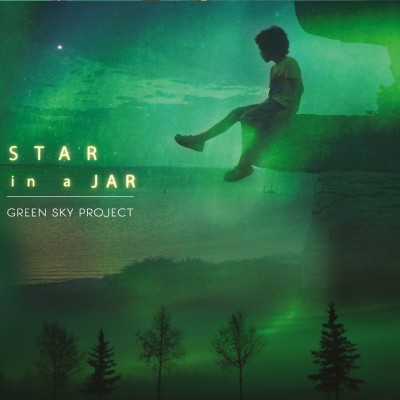 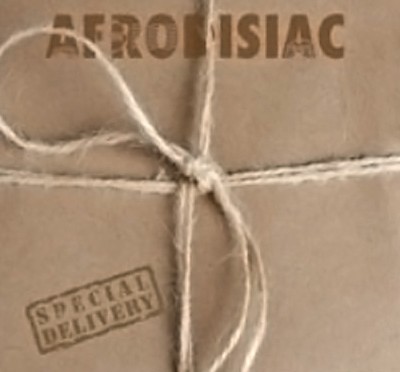